Along with mulled wine, Jack Frost chills and glittering trees there are many other traditions Christmas brings. Michael Buble awakening from his 11-month hibernation, every man’s stocking full of 3-for-2 Lynx Africa and of course, a tear or two from watching the much-anticipated John Lewis advert. This year, I’m sure will be no different.

It’s one of the things we look forward to more than our advent calendars and today might just be your first glance into one of Christmas’ most closely-guarded secrets: how will John Lewis pull on our heart strings this year?

This morning social media users spotted an intriguing yet heart-warming video uploaded to Twitter user, @bouncing2016. The user at present has only 533 followers and hasn’t uploaded any other content. A dog watches a little girl on a space hopper in front of a snowy scene, until the caption #BounceBounce ends the 10-second-long clip.

The tell-tale clues that this could be the teaser we’ve all been waiting for, is the hashtag that appears at the end of the video  – it is in a very similar typeface to that used in previous John Lewis adverts, alongside the snowy scene and evocative music.

Within minutes, the clip spread on social media with users speculating that the dog could be the star of the 2016’s favourite festive short film.

Rumours are, the release follows a pattern set last year by John Lewis: a 10-second teaser for the advert was aired during a break in the X Factor along with a mystery hashtag before the full advert was posted on YouTube the following Friday morning. However, the weekend has passed with no such teaser on X Factor. But instead a user @bouncing2016 appeared on Twitter having only joined the site in September. The question is, is John Lewis pulling out all the stops to surprise us this year?

It is predicted that John Lewis could unveil this year’s advert on Friday, November 11th.  Make sure to put the date in your diary and don’t make any plans for that night, other than of course, to watch the television in anticipation!

Made by Fressko – Brew as you go

Save on Winter holidays with On The Beach!

Get sharing and networking with Hootoo Tripmate Nano

Get your letter from Father Christmas now! 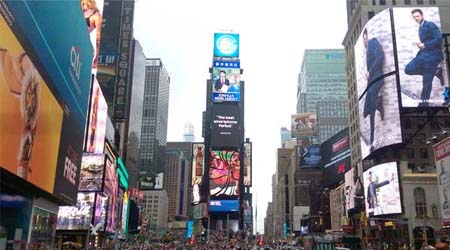 Get your concert tickets with The Ticket Factory!

On the Beach Spring sale!

Tunepics – Interview with an Entrepreneur

COMP OF THE WEEK